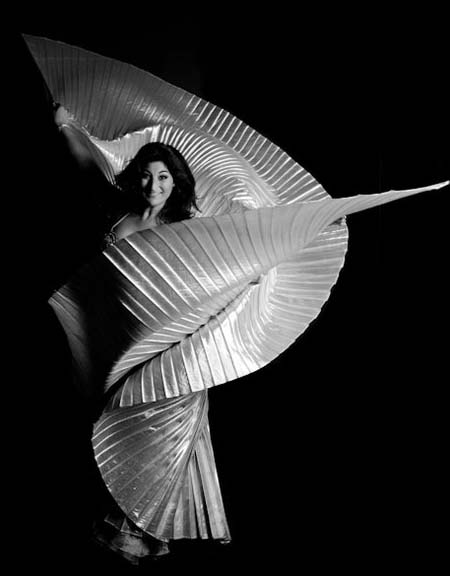 Denise Arias is known for dancing from the heart. She began her dance career in Argentina. As a teenager, she enrolled in the Arabian Dance School of Amir Thaleb afer being introduced to Middle Eastern Dance by Sarat. She got a degree as a teacher, and was also the first dancer in the Arabian Dance Company owned by Amir. During this period she started to travel giving workshops and shows in Argentina, Mexico, Chile, Uruguay, and Spain. Eventually she ended up in Los Angeles, USA.

In LA, she starred as a soloist with Jillina's Sahlala Dance Company performing many shows per week all over Los Angeles. Later she opened her own dance studio, teaching and sharing her love of dance. She also formed Dream Nights Dance Company to bring her artistic visions to life. Her company performed throughout Los Angeles and had a weekly contract at The Gate in Encino, CA, where Denise also performed as a soloist for many years.

In 2017, Denise moved to New York City to start her next adventure.

Denise has been featured in many DVDs:

Dancing has always been her 1st love. Her natural sensuality and sensibility of expression takes her performance beyond just beautiful to watch and elevates it to a true art form.

Spanish speakers are welcomed - Denise is fluent in English, Spanish, and Portuguese.